Move posts from one Team or Forum to another

Don't hold your breath. The Ryver team seems to have abandoned this page. There are many many features that have been "planned" or "in progress" for 4+ years and not implemented. We jumped ship for Slack a month or two ago, and I don't regret it.

Allow other users to edit a Post on a team

This would be seriously useful. We're running into problems with this limitation. Another solution is to have a "make topic editable by team" toggle on a post, that only the post creator and team admins can enable.

Display the DATE rather than the DAY for chats and …

Thanks Jeff, I'm really impressed with the amount of community involvement you guys have.

Delay sending email notifications until a message has gone unread …

I hate to bump my own topic, but yesterday my team was griping about how annoying the email notifications are when you're trying to chat with someone. This seems like an easy fix with no real downsides.

Display the DATE rather than the DAY for chats and …

Minimizing distractions makes sense, and I like the look of the date separators. Could you float the date on top of the conversation if it's not the same as the current date? Something like this. 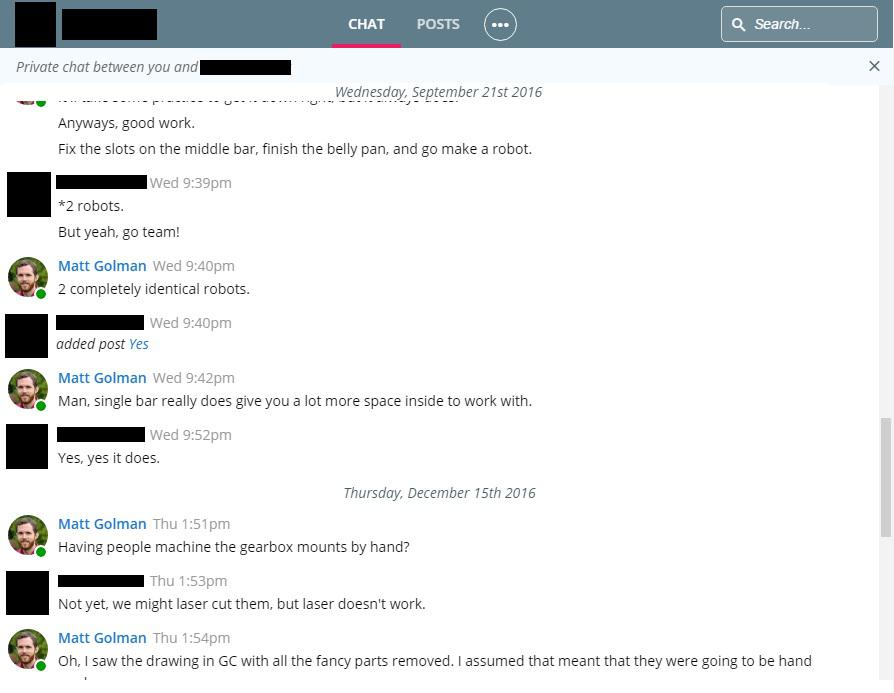 It's a little more work on the coding side, but it shouldn't be unreasonable to make that work smoothly.

Edit: and then you could only display the time on each post, since the day is static at the top of the conversation.

Allow Admin to see and manage ALL teams, not just …

I don't necessarily agree with this.

The people administrating Ryver within a company would be the IT staff, and I don't think that the IT staff should be able to snoop around in HR's discussions about hiring/firing or other employee's medical care. They also shouldn't necessarily have access to private discussions between company executives. There are definitely examples where people and groups should be able to have actual private conversations.

In addition to that, company's aren't the sole users of Ryver. Yes, they're the largest chunk of the userbase, but they aren't all of it. I'm a mentor on a high school robotics team and we're using Ryver as our organization and communication platform. As a volunteer who's formally unaffiliated with the school, I shouldn't have the right to read through the student's messages with each other and more than the student Ryver admin(s) should be able to read my messages with other mentors.

Multiple windows would be excellent. The current interface is pretty, but it's a multi-part tool that can't take advantage of multi-monitor setups.

A back button should probably be "in addition to" rather than "in lieu of." Being able to step back to your previous window would be a nice way to speed up a workflow.

Move posts from one Team or Forum to another

I'm most interested in being able to move posts from one public forum to another. If somebody makes a useful engineering post in the "general chat" forum, I'd like to be able to move it to the engineering forum without losing the in-progress discussion.

Moving things between and into/out of private areas is both tricky and not vitally important to me.

I'd imagine that private to public could require users from the original discussion to opt in/out of having their posts be viewable? Maybe their posts could stay but their names would be removed unless they agreed? That would keep discussion readable while maintaining people'e privacy if they wanted. You'd also have to change the text of quotes (ie. from: "Matt said: 'blah blah blah'" to "Anonymous said: 'blah blah blah'")

Public to private could either be more of a "Copy to" feature that doesn't preserve the original conversation, or it could bring up a prompt about inviting the post's contributors to the private group. People's posts don't get brought into the private group if the poster didn't get invited. If you went that second route, you could also use the functionality to have a "Create [forum/private team] from this post" feature that might be interesting. If a single post looks like it might merit a more in-depth discussion, that would be a good way to make it happen.

My two cents on the matter.

Admin control of who can create Forums, Teams, Users

I'm in the process of moving a team onto Ryver and the admin controls are so minimal. It's concerning to say the least. 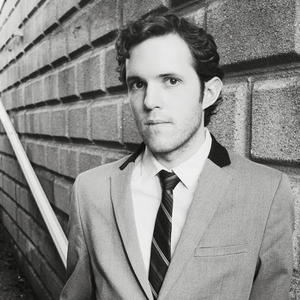